My wife is a badass. No really. And personal branding is her thing. She’s built a career and a loyal following off of it. So I’d be a fool not to learn a thing or two from her, and if you think personal branding is just for freelance designers and other “artist-types” then I’ve got news for you, brother. I’m prepared to double down on my personal brand for this self-driving car thing, and if it turns out that it doesn’t matter, well… I’ll eat my damn hat.

Now, you’re not going to see me allude to it in the Slack channel, or the Facebook group, or the Confluence forum, but… (pssst, lean in close) this nanodegree thing is absolutely, positively a competition. Ahem! So, when among the other students, I make every effort to be helpful and outgoing and kumbaya and kudos all over the freakin’ place. But look, there are thousands of us doing this thing. Of course I want everyone to be successful but even if there are plenty of jobs to go around, it behooves each and every one of us to do whatever we can to stand out. So I did what any sane job-seeker would do: I plastered a goofy-ass avatar all over the place.

(Note 2017-05-17: I have since changed my avatar in most places to the following image because, dammit, I guess this is super serious stuff and you gotta play the Serious Game if you want to be taken serously.) 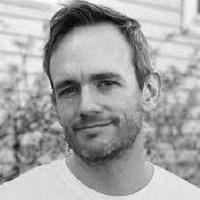 “Wait, seriously? But Jeremy, aren’t you worried that picture makes you look like an idiot?” No, because I am an idiot. But that’s beside the point. Are you ever going to forget that stupid face? Hell no! Those randomly generated Slack avatars? Maybe not so much. Besides, I think that photo captures a lot of my essence. If some employer is looking for someone so damn serious, then we’re probably both better off if they look elseware.

The avatar thing is a bit of an oversimplification of an important principle: as they say on Being Boss, consistency breeds legitimacy. Well, maybe that’s not exactly what they mean, but it is important to be consistent. Across all of my online accounts, there are a whole two avatars I use consistently. It helps the creepers - I mean, hiring managers - know they’ve got the right person.

Also: blogging. That’s another way to be consistent. You’ll hear it all over the place, and dozens of others in the program are obviously privy to this. I wasn’t the first student to share a blog post describing my experience with the Finding Lane Lines project, but I was the first to have a blog post published on the Udacity channel. How did that happen? I’m not sure. Maybe it was that extra helping of (sincere, really!) praise heaped upon Udacity. Maybe it was the extra effort to learn some iMovie and make a slightly-better-than-average video to demonstrate my results. I can tell you for sure that it wouldn’t have happend if I hadn’t published it to Medium. Either way, the senior writer at Udacity caught wind of my blog post and asked me to publish it on their channel. So now my blog post has been read (updated 2017/01/06:) 1,244 times, as opposed to the dozen or so I probably could have otherwise expected. Not bad!

Most importantly, I’m putting myself out there. Of course it’s important to do an awesome job on the projects. Knock it out of the park, do every extra challenge, go twenty extra miles - by all means! But don’t place your fate in the hands of an anonymous project reviewer at Udacity. Do you think they’re going to step up to bat for you when the hiring partners come calling? Maybe they will. Or maybe not. There are some extraordinarily talented students doing some amazing things in this program. If you’re like me, you better come up with some creative ideas to make yourself stand out. If not… well, that’s a mistake I made 15 years ago looking for my first job as an engineer, and I won’t make it again.